Hawaii has a very diverse culture, which has resulted in it also having some very diverse food. The roots of Hawaiian cuisine stem from Polynesian voyagers in the 1700s, later adding in the influence of American, European, and Asian immigrants. When we considered our menu, we opted for a fairly Americanized version of a luau meal. But there are so many delicious and famous foods from Hawaii! We really could do another whole night of this. Hawaii 2.0 would definitely have spam, poi, and poke! But for this dinner, we chose to go with what is arguably the most iconic food in Hawaii, kalua pork!

Just say the words "Hawaiian Luau" and what comes to mind? For many, it's a whole pig roasting in the ground. In the early 1800s kalua pig was a dish served only to tribe chiefs. This meal of honor was never to be enjoyed by a commoner, especially a woman. In 1819 King Kamehaha II began hosting feasts where he served kalua pig to all attendees. From those early days, the tradition of the Hawaiian Luau was born.

Kalua means "from the pit" and is used to describe cooking meat in a pit in the ground. For our Hawaiian dinner, we didn't dig a hole in our backyard and cook a whole pig. Instead, we smothered a pork butt with Hawaiian salt, wrapped it in banana leaves, and put it in the smoker. This gave us authentic flavor without digging up our yard, or handling an entire pig! 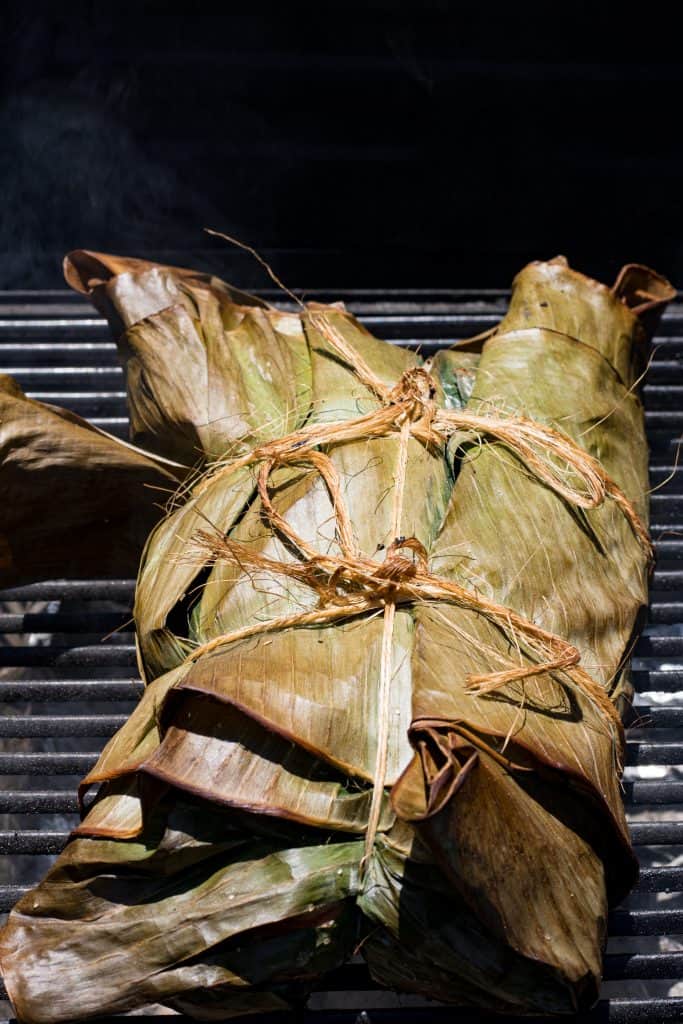 If you purchase a can of macadamia nuts, chances are you'll find that it was produced in Hawaii. They have been growing in Hawaii since 1881 when William Purvis, a sugar plantation owner, planted the first tree imported from Australia. 90% of today's macadamia nut production is grown in Hawaii!

My favorite way to enjoy these delicious nuts is in a white chocolate chip cookie. But since we already had a dessert selected for this Hawaiian dinner, we incorporated macadamia nuts into fried rice! This added great texture and tropical flavor to a very easy side dish! 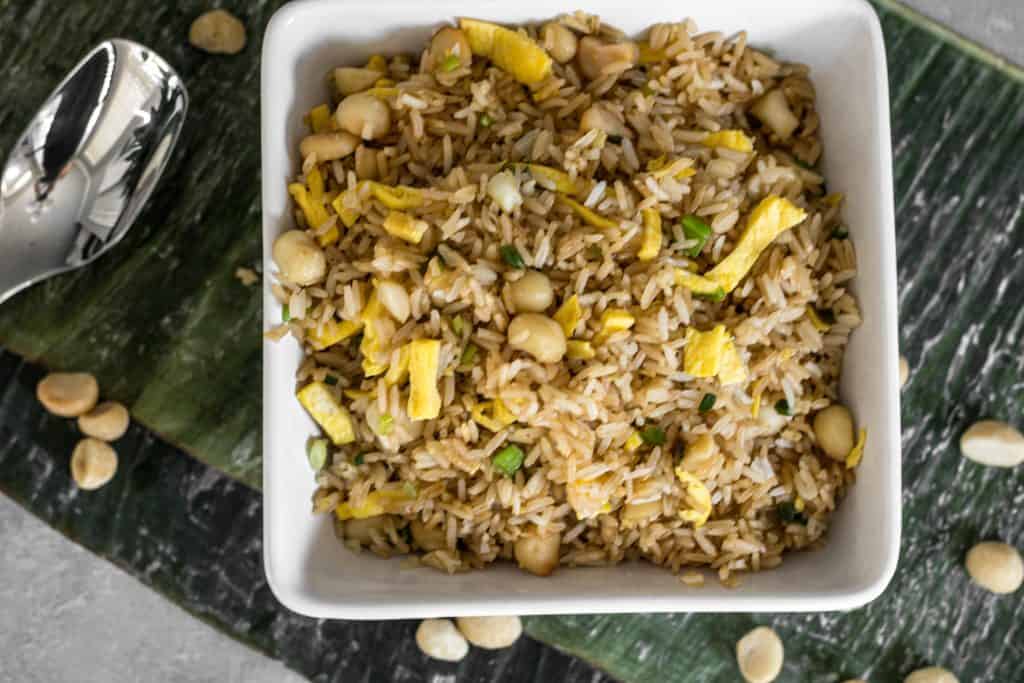 The Most Exotic Fruits

Hawaii is home to some of the world's most exotic fruit! Here in the continental US we can only get a few of them, but in Hawaii there are dozens of colorful and flavorful tropical fruit! In fact, we learned that there are over 60 different varieties of mango grown on the island. While we enjoy mango on a regular basis, we had never tried dragonfruit or passion fruit freshly cut like this. It was quite a treat to enjoy, and our whole family agreed that we would have to buy passion fruit again. Eating it straight out of the shell was so fun! 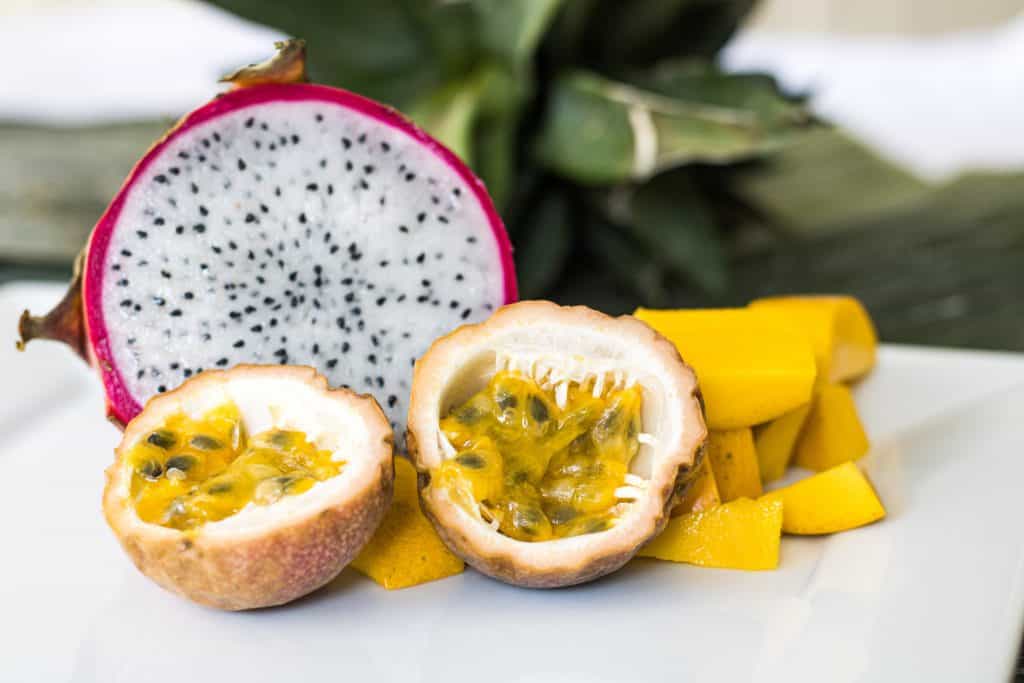 Haupia is a traditional Hawaiian dessert made from gelatin and coconut milk. Many restaurants serve it in a square on a plate, or in cubes, similar to a plate of jello. It is also often served as a pie. We decided to have it in pie form! It is kind of a combination between a coconut cream pie and a chocolate cream pie. The two flavors are layered, then topped with whipped cream and toasted coconut! Quite delicious, and simple to make. 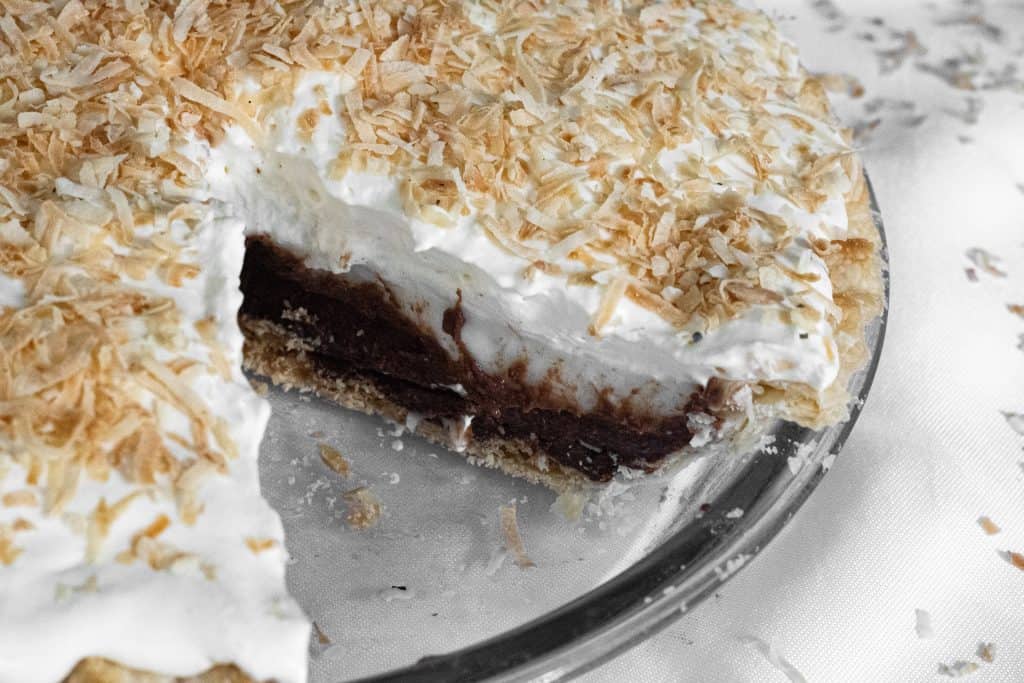 Can you even call it a Hawaiian meal if you don't serve a tropical drink? I don't think so. Since pineapples and coconuts are both symbols of Hawaii, we put them together in a frosty pina colada cocktail! Cora and Levi got theirs without the rum, of course! But they thought drinking their frozen treat out of a pineapple was one of the coolest things ever! 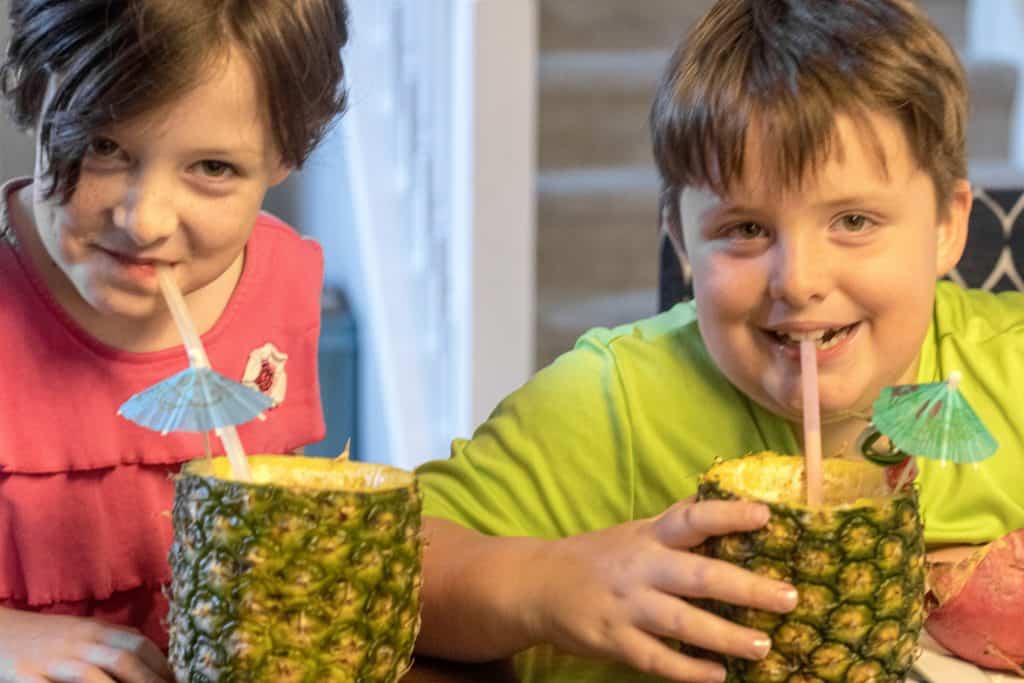