The Very First State in this Food Journey

Good ol’ Alabama! It gets to be the first state as we journey across America, exploring all of the famous foods. It earns that position simply because of the alphabet. But I’m not mad about starting our journey through the states with some down-home southern cooking. Selecting the dishes for this state was a bit tricky. Many of the southern states share popular recipes and I didn’t want to duplicate during this process. For example, pecans are the state nut, so it would make sense to have pecan pie. But pecan pie is the Texas state pie, so we will have it when Texas rolls around. And BBQ is huge in Alabama, but North Carolina gets to claim that one for us. Tricky as it was, where we landed ended up being one delicious (and filling) meal.

To be honest, this meal is really built around the dessert. If you have ever been to a potluck in the south then you know the goodness of banana pudding! Rich and creamy pudding, layered with crunchy vanilla wafers and fluffy whipped cream. While there is really nothing healthy about this dessert, the inclusion of bananas helps it feel like you are adding some good nutrition to your body after a heavy meal. And we can all use some little moments of feeling healthy. 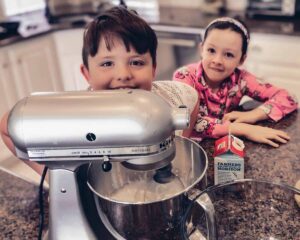 Easy for Kids to Help

Banana pudding is a great recipe for getting kids introduced to helping in the kitchen. There is just enough measuring for them to feel like they are really making a recipe, but it is still really simple. Then they get to be little artists with layering the bananas and wafers. And then there is no waiting around for something to bake in the oven – they can see the fruits of the efforts right away! Levi doesn’t even like bananas, but he still gave this recipe two thumbs up!
Check out our video of this dish coming together! 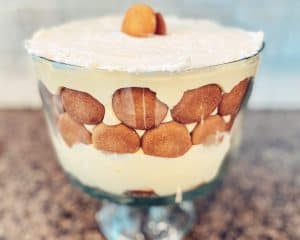 Cornbread: From Stovetop to Oven

Our next dish for this evening was skillet cornbread. Levi was off playing, so Cora and I made this together. I am not sure if there is a greater feeling of pride for a 6-year old than when she successfully cracks an egg for the first time and doesn’t get any shells in the bowl!

I chose to use the Pioneer Woman’s cornbread recipe because first, I trust her when it comes to southern cooking. Second, because this recipe doesn’t have any sugar, and I prefer a more savory versus sweet cornbread. This recipe starts off on the stovetop, where you melt shortening in a cast-iron skillet and then cook the batter on the stove for a minute before putting in the oven. This crisps up the edges nicely and makes it extra delicious! 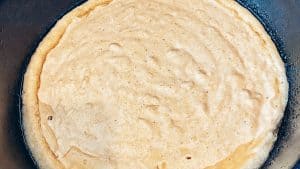 Is there Anything Better than Fried Steak?

Last up is making the chicken fried steak so that it is hot and fresh when the dinner bell rings. Confession: I found out after the fact that I made this all wrong. Apparently, I made it like a Texan, which is with a crispy coating and white gravy. Apparently, in Alabama, you pour brown gravy over it as you finish the cooking. Is this a real thing? 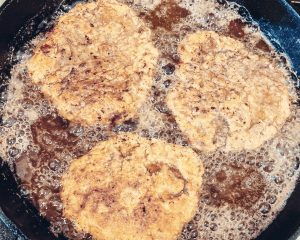 Look at this dinner! Yum! These are all borrowed recipes. I give my stamp of approval on each one! Click on the links below to go to the recipes that we used.
Chicken Fried Steak
Skillet Cornbread
Banana Pudding 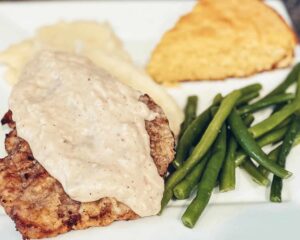 My favorite part about these state-themed dinners is the discussion around the dinner table. Cora and Levi share their favorite facts from their coloring sheets, and we talk about the history of the food culture in this state. Here are some facts you can use if you have your own Alabama state dinner.

Next up is Alaska! Come explore with us! 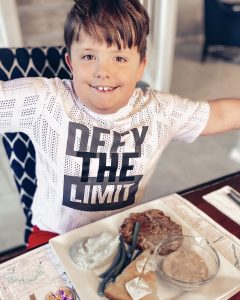 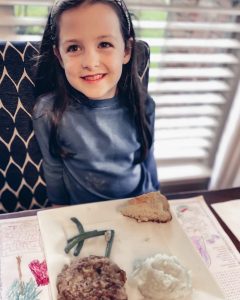