There are lots of theories on how Hoosier became the state nickname for Indiana. One thing is certain, it is one of the oldest and most widely accepted state nicknames in American history. “Hoosier” was a term originally used mockingly. Those living in Indiana now claim this term with pride. There is a very strong identity that comes with being a Hoosier. They even have their own food pyramid! The most famous food from Indiana makes up the bottom of that pyramid. And the items that we chose for our state dinner are among that foundation.

In 1908, Nick Freienstein, son of German immigrants, opened a street corner restaurant in Huntington, Indiana. He had grown up eating Weiner Schnitzels. He also ran a hamburger cart. Combining these two together he invented the pork tenderloin sandwich. Understanding the two components that made up this dish helps explain why the meat is so much larger than the bun. It’s not a true Hoosier sandwich unless the tenderloin hangs far over the bun. Popularity spread, and at one time more than half of the restaurants in Indiana served a fried pork tenderloin sandwich! I don’t know that statistic is today, but it is safe to say that quite a large number of Indiana restaurants still have this sandwich on the menu.

These sandwiches are usually served with French fries. If you are looking for a well-rounded Indiana dinner we have the perfect French fry recipe for you! 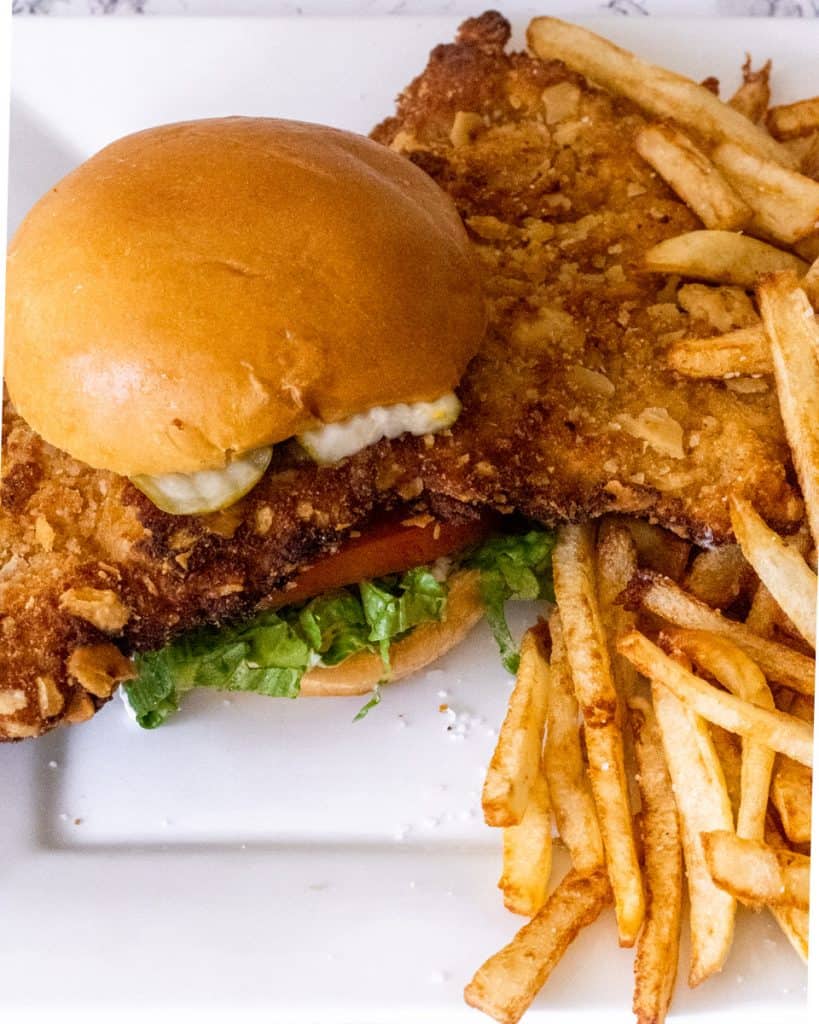 Sugar cream pie originated in the Shaker/Amish communities back in the 1850s. Apple pies were the most common pies in these communities. They would make apple pies until they had used up all of the apples collected during harvest. Then they needed another option for dessert. So they would scrape the cream off the top of their freshly chilled milk, and make a sugar cream pie. This pie is also called “desperation pie” because it is made with ingredients that are almost always on hand at the farm.

The first time I had a sugar cream pie was for our famous food from Indiana dinner. It has quickly moved to the top of my favorites list! It is like creme brulee and snickerdoodles had a pie baby! Creamy, sweet, and delicious! 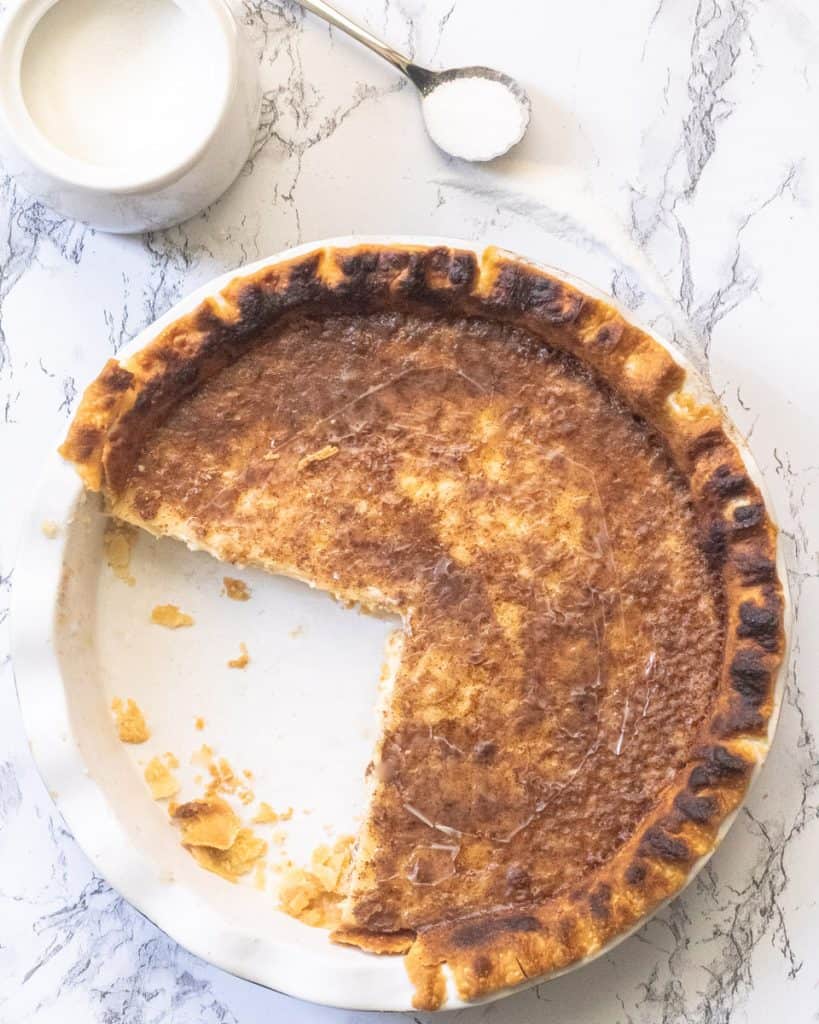