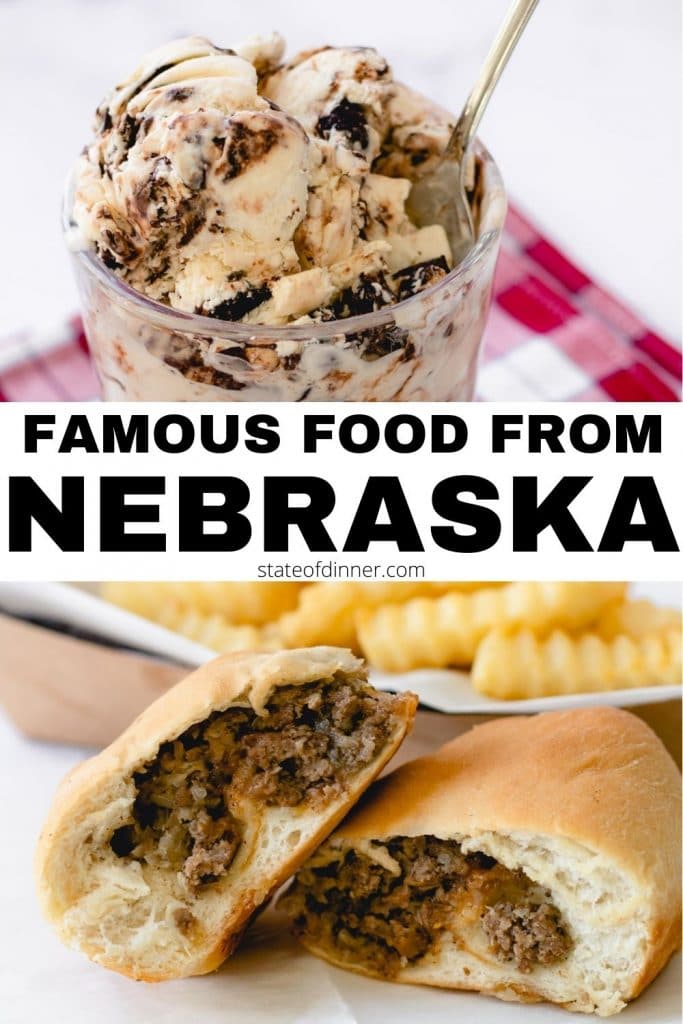 Farms and ranches make up more than 92% of the land in Nebraska. And when you think about this state, its rich agriculture is likely no surprise. But Nebraska also has a rich history of the entrepreneurial spirit, and out of that spirit, we get some of the famous food from Nebraska.

One of the most successful entrepreneurs in the world was born in Nebraska. Warren Buffett is one of the wealthiest men in the world. He was born in Omaha, Nebraska, and still lives in the Omaha home that he purchased in 1958. Now Warren didn't invent any of the famous food that we are going to talk about today. But he does play a part in entrepreneurs opening their Nebraska restaurants, as Warren's real estate company Berkshire Hathaway is still based there in Omaha.

Nebraska does not have a state food. But many would argue that the unofficial state food of Nebraska is the Runza sandwich. This sandwich is kind of like a fancy Hot Pocket. It has soft, fluffy bread and is stuffed with a mixture of seasoned beef, cabbage, and onions. In other parts of the midwest, this pocket sandwich is called a bierock. Bierocks were brought to the US by German-Russian Mennonite immigrants.

So why is it called a Runza in Nebraska? It all started in 1949 when Sally Everett opened her first restaurant in Lincoln, Nebraska. The name of the restaurant was Runza, and they served these little pocket sandwiches. Today, Runza has expanded to more than 80 locations, and all but a few are in Nebraska.

Well before Sally opened Runza, a pharmacist in Potter, Nebraska opened a sundry shop. In 1916, the pharmacist's son Harold Thayer created a special ice cream sundae while working at the sundry shop's soda fountain. It had vanilla ice cream, chocolate ice cream, marshmallow sauce, and Spanish peanuts. Some say that Harold called this sundae the "Tin Roof Sundae" because the ceiling in the store was made of tin. Others say that the sundae got its name from the barn across the street.

Several ice cream manufacturers, like Blue Bell and Turkey Hill, changed the recipe just a little bit when they developed their Tin Roof ice cream. Now Tin Roof is vanilla ice cream with a fudge swirl and chocolate-covered peanuts. But if you go to the original Potter's Sundry Shop, you can still get the classic Tin Roof Sundae, just like how Harold made it.