I think brownies should be rich and fudgy, with an intense chocolate flavor. Sure, you can make brownies from a box. But when you really want to impress, it is just a few extra steps to make these gourmet brownies. This is the ultimate gooey chocolate brownies recipe that is fudgy all throughout, with a classic crackly top. The perfect combination of textures, all with incredible chocolate flavor! 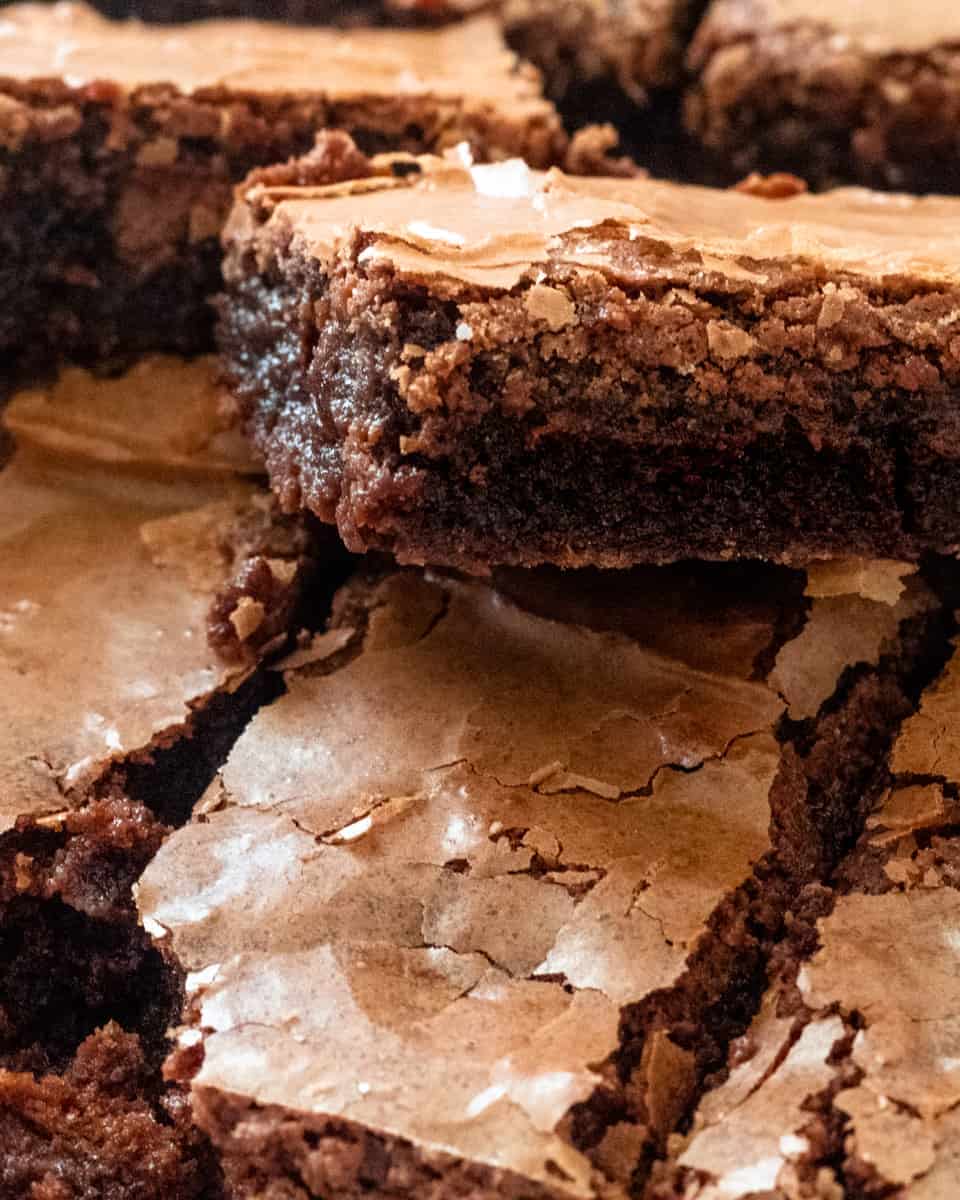 When I was a kid, there was a brownie recipe that my mom would occasionally make from her Joy of Cooking cookbook called Brownies Cockaigne. To this day I remember how happy I was when she made these brownies instead of a box. Not that I would be disappointed by box brownies, but these from scratch brownies were perfect! Or so I thought at the time. My taste buds have evolved over the years and I now prefer an even more chocolate-forward brownie. So I tweaked the recipe a little at a time. My family was not at all mad with all of my revisions. We had so many brownies! In the end, we have the ultimate gooey chocolate brownies!

When I make boxed brownies I always look for the brownies that have the extra chocolate packet, because I love a really fudgy brownie. Making brownies from scratch is similar. You'll find many brownie recipes that call for cocoa powder, but using cocoa powder will result in a chewy brownie. If you are like me and love a fudgy, gooey texture, you'll want to use melted chocolate. The fat content in the chocolate plus the fat content in the butter creates that fudgy consistency. 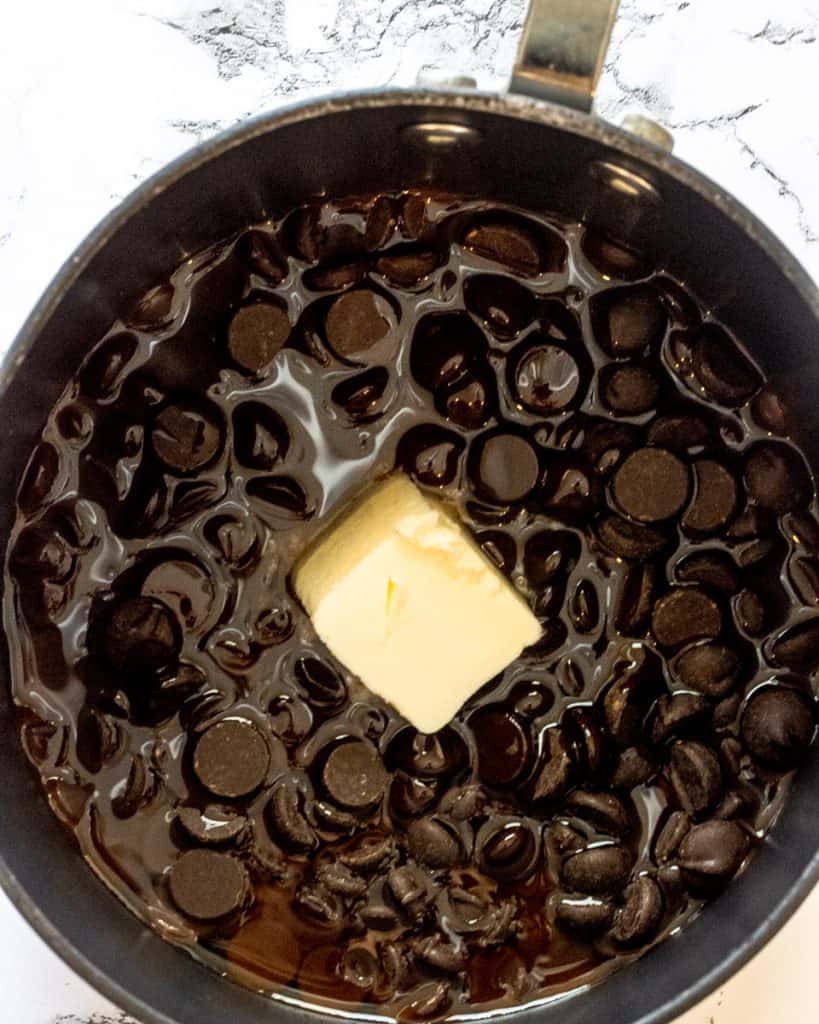 Three Ways to Melt Your Chocolate

Tricks for the Sugar and Eggs

This recipe uses two eggs plus one egg yolk. This makes the brownies chewy and helps contribute to the gooey brownies that we are aiming for. I tried these with 2 eggs which were too little and 3 was too much. 2 plus an egg yolk made them just right! Using an electric mixer, beat your eggs and sugar for at least 3 minutes. You want to beat it until it transforms into creamy ribbons. This dissolves the sugar into the eggs and makes it silky smooth. You'll then mix in the vanilla and salt. After that, it is important to switch gears and do the rest of the stirring by hand. This tender treatment of the batter will help produce a gooey texture. Over-mixing will make your brownies dry and tough. 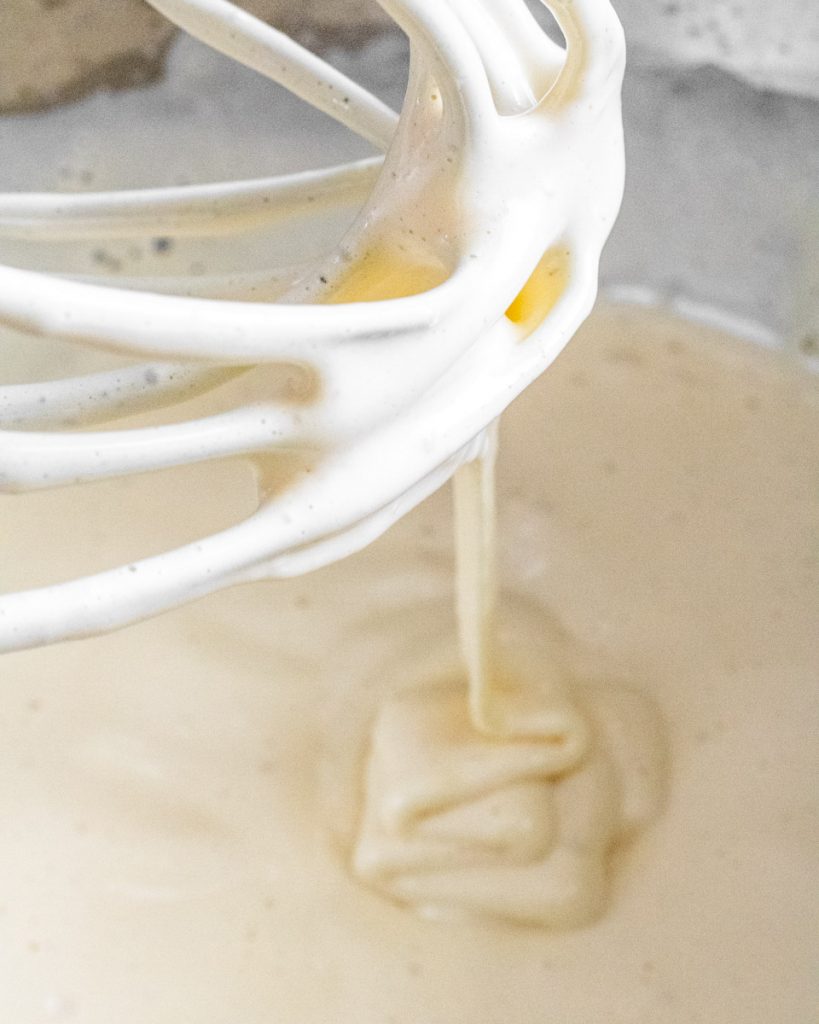 Now the fudgy brownie part is all well and good. Now that we have that taken care of, let's make it even better with little bites of melty chocolate scattered throughout the gooey goodness! This recipe uses dark chocolate chips for the batter, to get a rich chocolate flavor without being overwhelmed by the sweetness of the sugar. Then we contrast it with milk chocolate chips, which adds just the right amounts of velvety texture. The milk chocolate chips that I used were large, so I chopped them up to distribute them well throughout the brownie batter. If yours are the size of a regular chocolate chip then there is no need to chop them.

How Do I Know When My Brownies Are Done?

You may be familiar with the toothpick test that is used when baking cakes. The cake is done when an inserted toothpick comes out clean. If you aim for a clean toothpick with brownies you will have overbaked, dry brownies. Instead, you measure a brownies' doneness 100 percent by sight. The brownies should be pulling away from the sides. The surface of the brownies should be dry and matte, and the top of the brownies starting to crack. Be careful not to overbake your brownies, or they will be dry instead of gooey.

These brownies do need cool in order to set up, so resist the urge to sneak a bite when they come out of the oven. Cool completely (or as close to complete as you can stand) and enjoy by themselves, or with some ice cream. 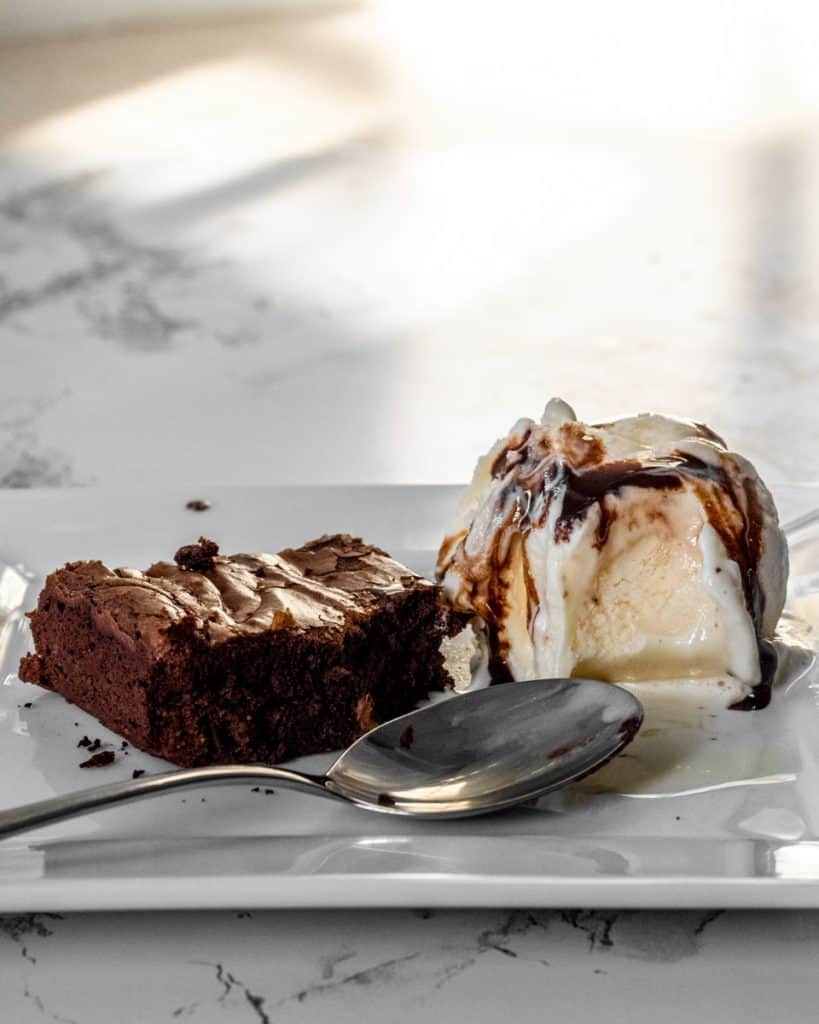 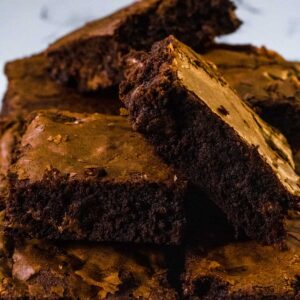 Calories: 81kcal
Tried this recipe?Let us know how it was!
Share a photo of your creation with your friends!Mention @stateofdinner or tag #stateofdinner!