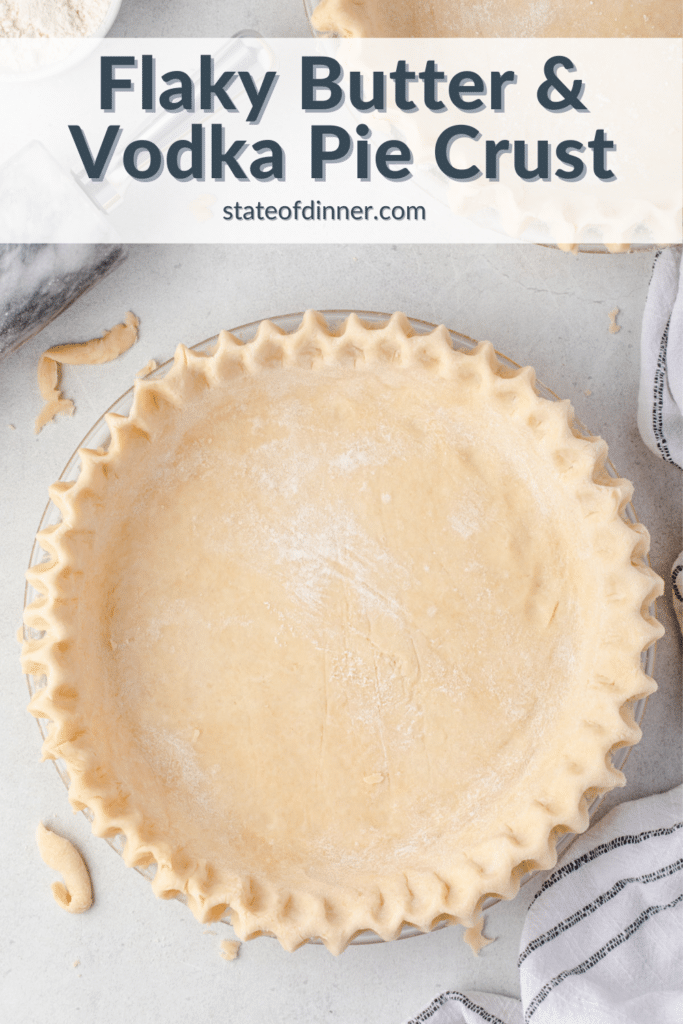 Butter and vodka are the secret ingredients to a pie crust that is flaky, tender, and great tasting! With this easy-to-make Butter and Vodka Pie Crust, you will have better-than-bakery pies every time!

Why You Will Love This Pie Crust

Flour - All-purpose flour is best for pie crust. When measuring your flour it is important to either weigh it with a scale or measure by spooning the flour lightly into a measuring cup. Never scoop the flour from the bag with your measuring cup or you will end up with too much flour.

Butter - Some pie dough recipes call for vegetable shortening, which they say is important for a flaky crust. But using only butter has a better flavor, so instead of relying on shortening for flakiness, we utilize technique. The steps for this pie dough result in super flaky, flavorful, all-butter pie crust.

Water - All of your ingredients, including the water, should be cold For best results, add ice cubes to a cup of water while you prepare the flour and butter, then measure out ¼ cup of the chilled water right before adding it to the dough.

Vodka - This is the secret ingredient that adds hydration to the dough without activating the gluten formation. The result is tender, never tough, pie crust.

4) Transfer the to bowl and sprinkle chilled vodka and ice-cold water over the flour mixture.

5) Press the liquid into the dough.
The dough will be shaggy. Smash the dough, scoop under the dough and fold it over the top, and smash it some more, until it looks like the photo below on the right.

6. Divide the dough into 2 portions and shape each into a 4-inch disk. Refrigerate for 2 hours.

Tips for Rolling the Dough

How to Par-Bake Your Crust

Par-baking is also called blind-baking. It is the process of partially baking a pie crust. I almost always par-bake my crust. I just love the results!

Can I freeze the dough?

Why did my pie crust shrink?

If the butter gets too warm too fast the dough will contract, causing your pie crust to shrink. To reduce this, be sure to freeze or refrigerate your dough before putting it in the oven. Also, pressing the dough firmly against the edge of the pie plate will make a seal that will help reduce shrinking.

Can I use shortening instead of butter?

If you would like to use shortening in your pie crust then I recommend using ¼ cup of shortening and 12 tablespoons of butter.

Can I make pie crust without a food processor?

I love to make pie crust with a food processor because it is the easiest way to prepare the dough without overworking it. However, you can also use a pastry cutter if you do not have a food processor. 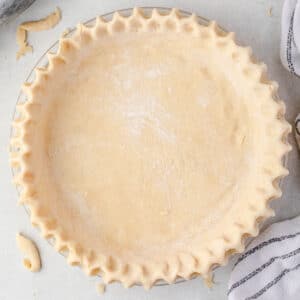