Bourbon peach cobbler reminds me of a cozy winter night balanced with the freshness and life of a warm summer day. There is something incredibly comforting about the warm spices and gooey brown sugar and bourbon sauce being combined with summer's fresh peaches and vanilla ice cream. Peach cobbler is really good. This bourbon peach cobbler recipe is incredible! 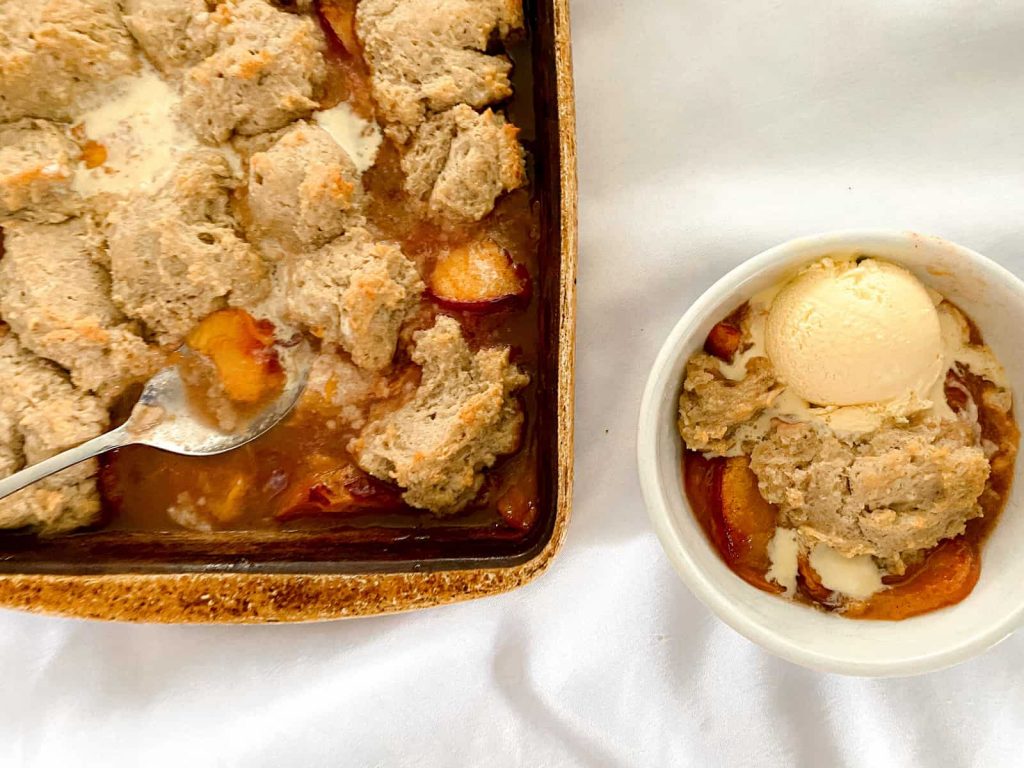 I highly recommend this recipe when peaches are at their peak in season. Here in the US, peach season is May through September. They are considered at their ultimate peak between July and August. Choosing firm, but ripe, peaches will bring out the best of this recipe.

There is lots of controversy over whether or not you should peel your peaches when making cobbler. I vote no. Cooking really softens them up, and the texture that does remain is really nice to keep your cobbler from becoming too mushy. Just pit each peach and slice in them into about ½-inch slices, toss them with the brown sugar bourbon and they are ready to go in your baking dish!

Many cobbler recipes have a cake-like topping. Some even call for you to sprinkle cake mix on top of your fruit. I prefer the more traditional biscuit-like topping as the density balances the softness of the fruit. This cobbler topping recipe has a softness in the middle that is delicate and quite lovely, with the firmer outside like a biscuit.

Does it Have to be Bourbon Peach Cobbler?

It is certainly delicious to add bourbon to your peach cobbler, but it doesn't have to be made that way. Cooking the bourbon does burn off all of the alcohol, so this is a family-friendly recipe. But if you don't want to go out to buy bourbon, or you just don't want it in your dish, you can substitute peach, apple, or lemon juice, or even water! That said, the bourbon adds a depth to this recipe that really can't be beat! 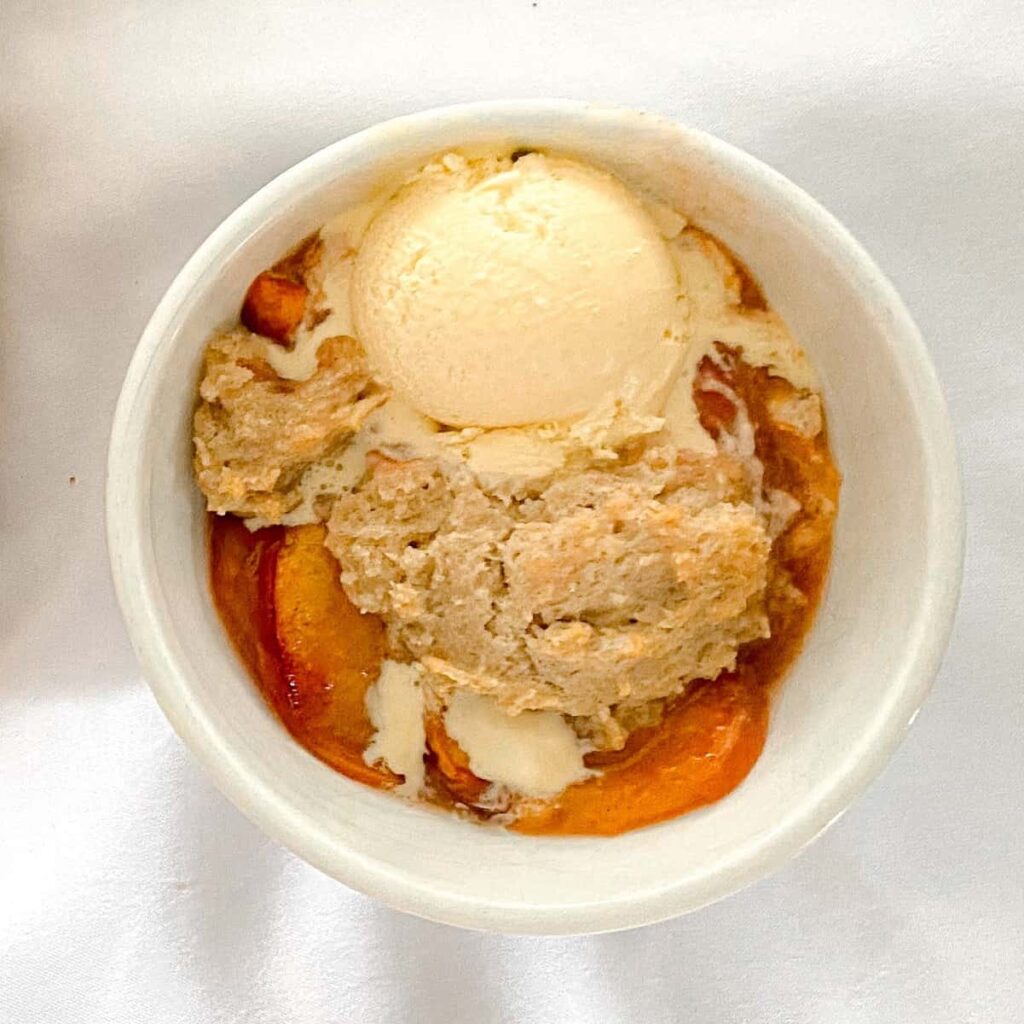 This cobbler was the featured dessert for our Georgia state dinner. 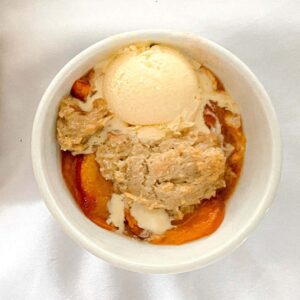 Calories: 412kcal
Tried this recipe?Let us know how it was!
Share a photo of your creation with your friends!Mention @stateofdinner or tag #stateofdinner!
« Buttermilk Fried Chicken Recipe
Famous Food from Georgia »