Would it be cheesy to begin this post saying that I’ve got Georgia on my mind? Yes? Darn. How about, “I have Famous Food from Georgia” on my mind? That’s not good either? Well, then I will just jump straight into telling you about this iconic food that we had for our Georgia dinner. 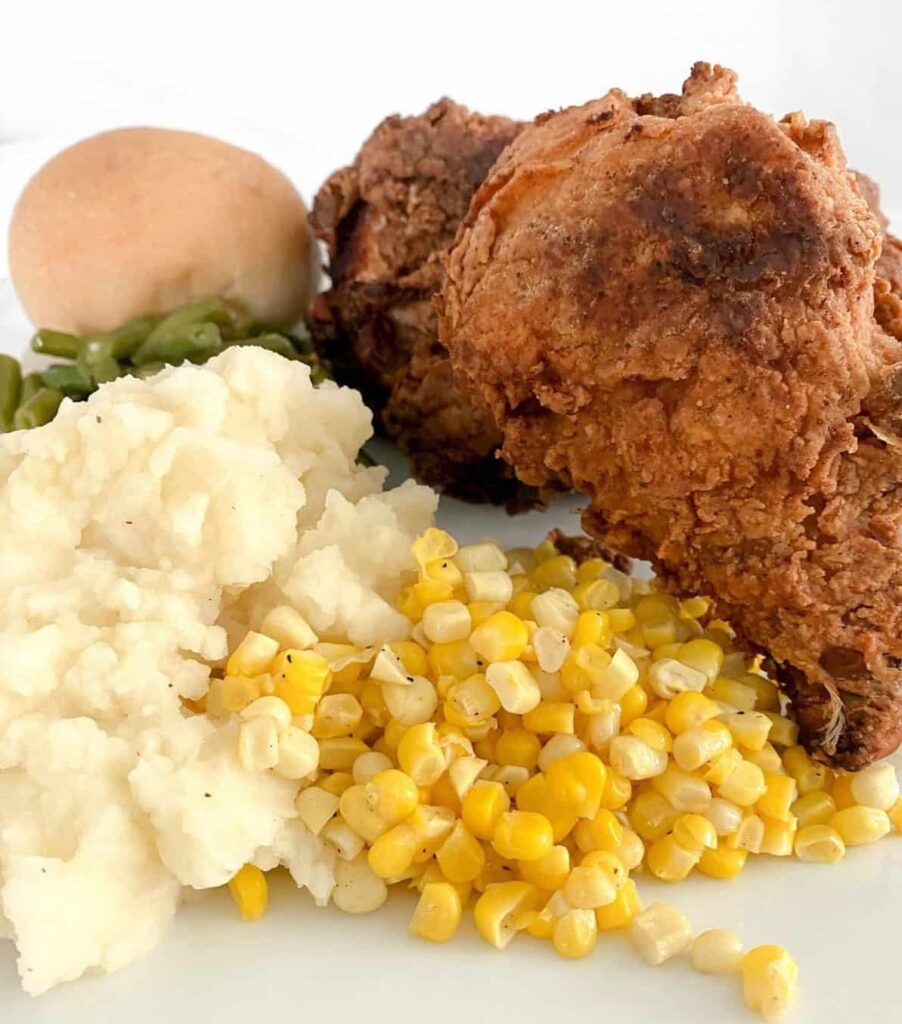 Could You Get Arrested for Eating Fried Chicken Wrong?

One of Georgia’s top agricultural commodities is chicken, so it is no surprise that fried chicken is one of the most famous foods from Georgia. The importance of chicken in Georgia actually provoked a very strange law. In 1961, the city of Gainesville, GA created a law stating that it was illegal to eat fried chicken with anything other than your hands. No forks allowed! Of course, this was just a publicity stunt to promote Gainesville as the chicken capital of the world. Even though it was a joke, the law is still on the books today! 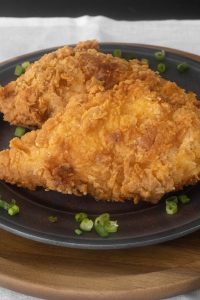 Much of Southern cuisine originates from life in the country, where farmers would come in from working the fields, looking for a bounty of food to refuel them for the rest of their day’s work. It is believed that the ‘Meat and 3’ was developed as a way to recreate this type of meal for those who worked in offices and enjoyed their lunch at restaurants in the city. You select one protein, plus three sides, from a list of menu options. Often served with a roll or cornbread, the idea is to customize your meal of abundance. My family wasn’t fortunate enough to select their own sides from a lengthy menu. But we did create a version of a Meat and 3 with my pre-determined selection of the three sides.

Before Georgia even existed as a state it was producing peaches, so it makes sense that it is nicknamed “The Peach State.” The first record of peaches in the area dates back all the way to the 1500s, when Franciscan monks brought peaches to Georgia’s Cumberland Island. After the civil war, the peach crop production exploded, as farmers looked for a crop alternative to cotton. But over the course of time, peach production has declined and Georgia is no longer a top 3 peach producing state. Blueberries have actually exceeded peach production in Georgia. But it just seemed wrong to do anything but peach cobbler for the state of Georgia. After all, its nickname hasn’t changed. Besides, warm, saucy peach cobbler with vanilla ice cream was the perfect finish to our meal.